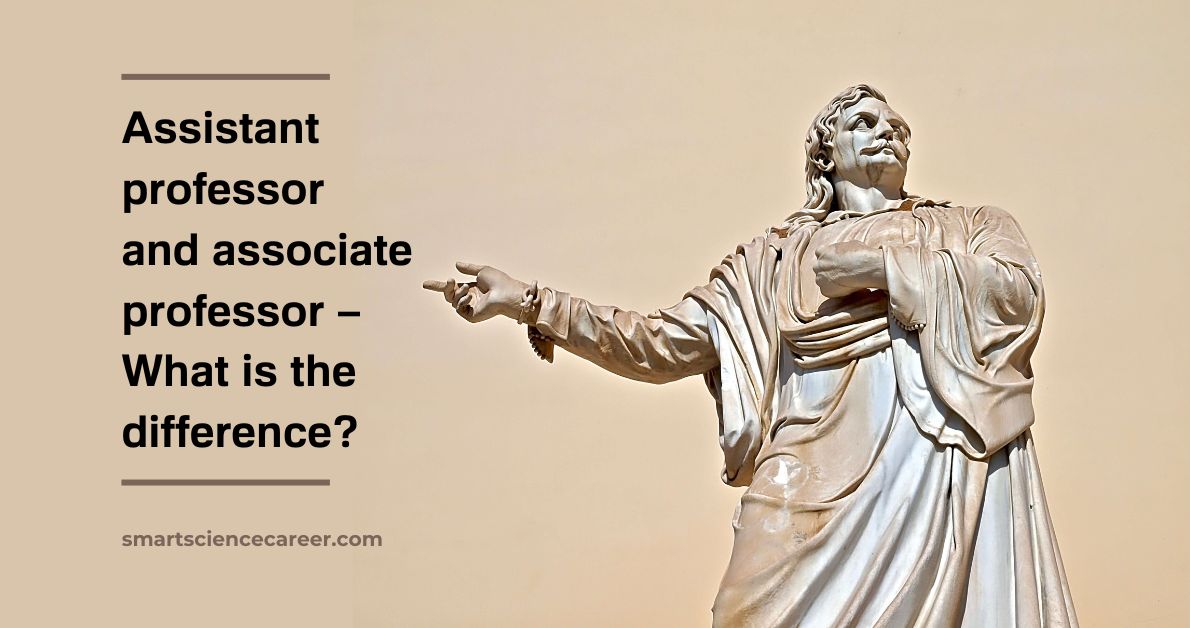 Knowing which types of academic positions are available in the academic market is helpful for making good career decisions. There are multiple types of professor jobs in many different disciplines, including tenure-track or tenured positions such as assistant professor, associate professor, and full-time professor. For a successful career in science, it is essential to understand what tenure and tenure track mean.

Do you want this article as a PDF file? Click here.

Assistant professor and associate professor – what is the difference?

Knowing which types of academic positions are available in the academic market is helpful for making good career decisions. There are multiple types of professor jobs in many different disciplines, including tenure-track or tenured positions such as assistant professor, associate professor, and full-time professor. For a successful career in science, it is essential to understand what tenure and tenure track mean.

What does tenure and tenure track mean? 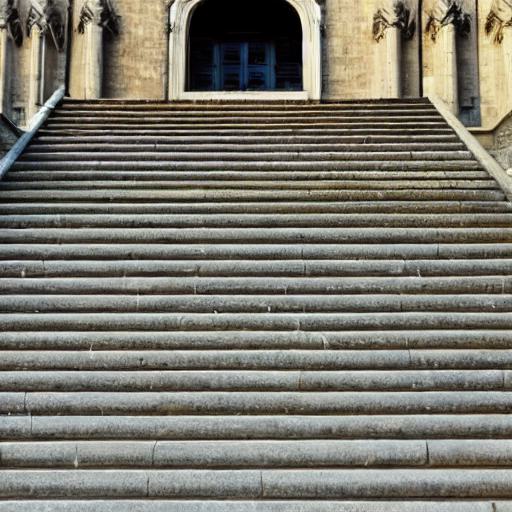 A tenured post is an academic appointment until retirement. A university employs professors only temporarily at the beginning of their academic careers. In order to get tenured, new assistant professors must go through a probationary period called the “tenure track.” After holding this tenure-track position for a few years, their performances get reviewed. The review process of tenure-track faculty members may vary between institutions. For example, during an initial two- to four-year contract, there may be a review in the second or third year or a yearly assessment. A successful candidate may transition to a permanent professorship position. If unsuccessful, candidates may have a remaining academic year on their contract to find a new post. However, this is not guaranteed.

A so-called clock-managed rank must go through two consecutive review processes: academic review and, if reappointed, promotion and/or tenure review.

In contrast, a so-called adjunct professor works for a university on a contract basis, often only part-time, while a tenured professor usually holds a full-time position until retirement.

The systems of academic job titles, ranks, and tenure may differ between countries and institutions of higher education. However, most countries have a system comparable to the US American system. Notably, the terms assistant professor and associate professor may have different meanings in different countries.

What is an Assistant Professor? 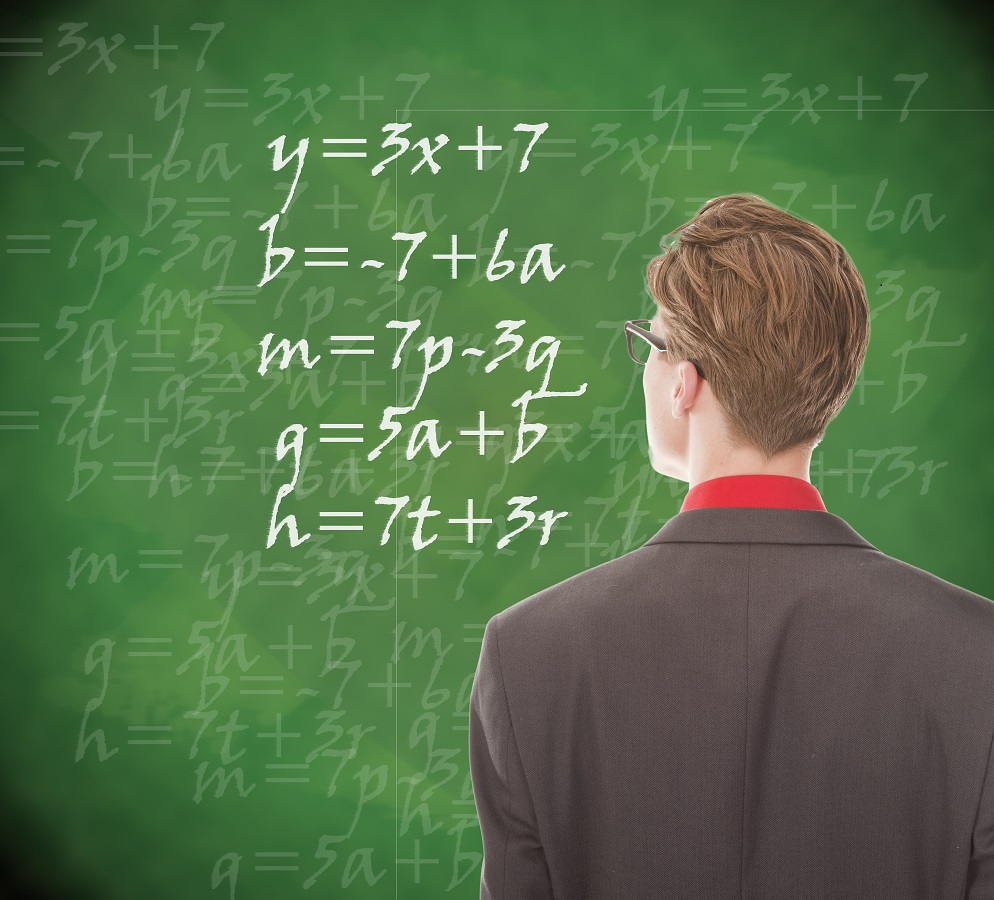 An assistant professor appointment means taking on teaching and research responsibilities but does not necessarily have the authority to lead or supervise graduate students. They typically teach one course per semester and have smaller courses with fewer students; however, this depends entirely on departmental policies. As an assistant professor, you might also oversee the undergraduate research agenda or co-teach a course with a full-time faculty member.

What is an Associate Professor?

What is the difference between an assistant professor and an associate professor?

What is the difference between an assistant professor and an associate professor from an international perspective? 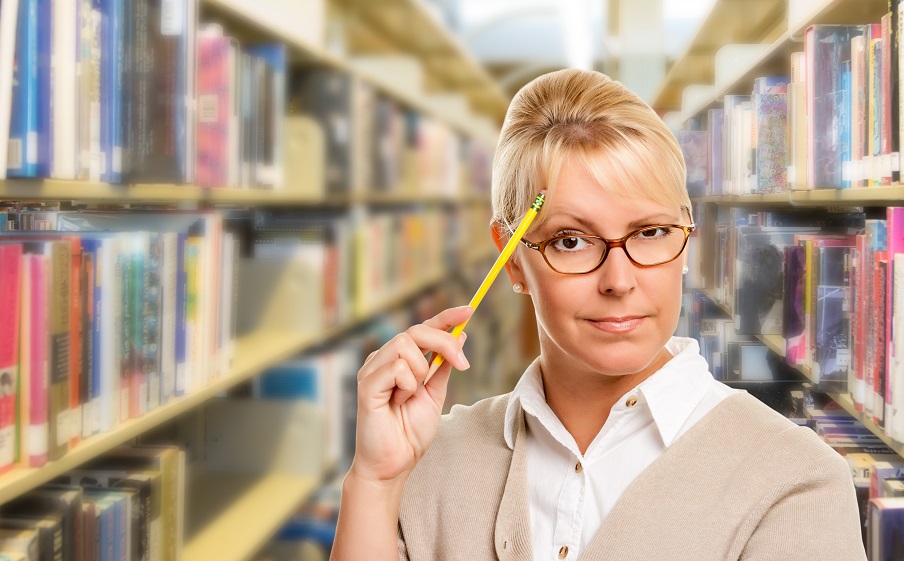 Just a few examples: in Germany, there are Junioprofessors and W2 professors; In Austria, you may get an Assistenzprofessur; in the UK, you may become a lecturer or a reader; in Belgium, you may get the title docent or hoofdocent. Titles can sound similar but may represent an entirely different rank in two academic systems.

Let’s first compare the academic titles of assistant and associate professors in the North American and  Commonwealth systems.

The North American system is used – what a surprise! – in the United States but also in many other countries.

The Commonwealth system is used in many member states of the so-called Commonwealth, which is an association of most of the former territories of the British Empire. The system is also used in Canada.

Find more details about the two systems in this article.

Interestingly, there is no standardized European system, and job titles in, e. g. Denmark, Sweden, Germany, France, or Belgium may be entirely different.

How is the job title assistant professor used internationally?

In the North American system, the job title assistant professor commonly describes an entry-level position for academics who have recently completed their doctoral or master’s degree. In the Commonwealth systems, the corresponding term is a lecturer, typically describing the first permanent position. Similarly, an assistant professor in the Netherlands has a permanent appointment without an automatic promotion. In contrast, a corresponding academic position with a non-permanent contract would be a Juniorprofessor in Germany, an Assistenzprofessor in Austria, and a docent in Belgium. All these positions may or may not have a tenure-track option.

How is the job title associate professor used internationally?

Several job titles worldwide include the adjective ‘associate’ with considerable differences in meaning.

It may be misleading that associate lecturers in the Commonwealth system refer to persons with the academic level of instructors in the US system.

It is, for my taste, pretty confusing that the title associate professor in Australia, New Zealand, South Africa, and Southeast Asia corresponds to (Full) Professor in the US system and to Reader or Principal Lecturer in the Commonwealth system.

Find more details about this confusing terminology in this article.

Thus, when you apply for positions that include the term ‘associate,’ check carefully which academic rank the position would correspond to in your preferred academic reference system. It may mean completely different academic ranks in different countries!

What are the job duties of an assistant professor and an associate professor?

In principle, both types of professors are responsible for teaching, performing research, supervising bachelor, master, and PhD students, serving on departmental and university committees, or having other administrative responsibilities. Both may work closely with students in a graduate program or a graduate school, often on a one-to-one basis. Both types usually report to a professor with a higher rank or to the department chair about their performances. It may be challenging to balance academic freedom with the duty to perform well in the faculty.

What does an assistant professor do?

Assistant professors may also be involved in other activities, such as developing the curriculum of their faculty, mentoring bachelor and master students, developing research projects, writing grant proposals, and publishing in academic journals.

What does an associate professor do?

Compared to an assistant professor, the tasks of an associate professor are usually more complex. In the US system, it is usually the first permanent teaching position a young academic can get at a college or university. Associate professors develop lesson plans and lecture students in the field in which they have an advanced degree. They may conduct research as principal investigators in their area of expertise.

Associate professor positions are usually associated with more responsibilities. They may serve on departmental and university committees and are expected to take a leadership role in their institutions. Associate professors typically have more teaching and research experience than assistant professors, and their job duties may include mentoring junior faculty.

What is a tenured or tenure-track joint appointment?

A faculty member at the assistant or associate professor level may hold more than one academic appointment at a higher education institution. A faculty appointment is called a secondary or joint appointment if it is made in more than one academic unit (departments, colleges, or schools). One of the participating units is often designated as the home unit for administrative purposes. Whether these appointments are salaried or non-salaried depends on the specific contractual conditions, for example, when a faculty member teaches in more than one department or collaborates on research projects with colleagues in other academic departments. The specific terms and conditions of the secondary appointment must be negotiated by the department head of the home unit and defined in a written appointment letter.

What are the job requirements of an assistant professor and an associate professor? 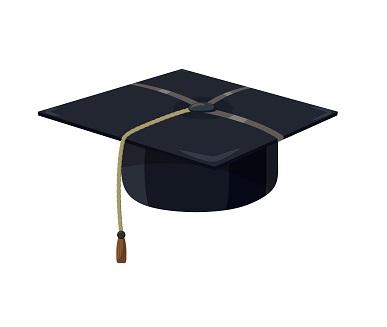 What is the annual salary of an assistant professor and an associate professor?

However there is much space for negotiations, but due to the privacy policy of most institutions, it will be challenging to get a clear idea of the possibilities. There are considerable differences, for example, between fields such as biological sciences and social sciences, between fundamental research and clinical settings. In addition, the type of university setting may have a significant influence. The possibilities to negotiate a higher salary in a state-funded college of liberal arts or a privately funded school for economics may vary substantially.

Salary ranges depend on many factors, such as research output (publications, successful grant applications), scientific independence, international recognition and network, specific technical or interpersonal skills, teaching experience, and the number of years a candidate has worked within the chosen field of expertise.

What are the chances of becoming a professor?

How to become an assistant professor and an associate professor?

Multiple criteria make you attractive as a candidate for a professor position, and it is an excellent idea to analyze whether you have done enough for a successful career in science.

Becoming an assistant or associate professor typically does not only require a terminal degree, such as a PhD. A selection committee will evaluate multiple criteria. A significant impact has previous and current funding, your publication list, teaching expertise,  international or intersectoral mobility, technical skills, scientific independence, vision, and leadership experience. This information is typically requested in application materials by university administrators.

However, you may consider this career path and wonder whether you are good enough for an academic career. It is crucial not to compare yourself unfairly to scientists with entirely different starting conditions. There are science superstars who have many years of service in academia. Others may have more support or better infrastructure, do significantly less teaching, or haven’t taken a pregnancy or parental leave.

Learn how to qualify yourself for a professorship.